We are happy to announce that the AGM and the council of MAA (Malta Association of Audiologists) agreed to join the AEA as a new member.

In 2018 they will have the status as observer member.
After the AEA board meeting in Nurnberg – Germany in October, thanks to initiative of Herdis Menhardt, Fritz Zajicek (AEA General Secretary), Mark Laureyns (AEA President) and Andrew Sciberras (MAA President) had a very constructive meeting which made is very clear that the objectives of both associations were very well aligned.
We welcome the Maltese Association – and look forward for a strong and constructive cooperation. 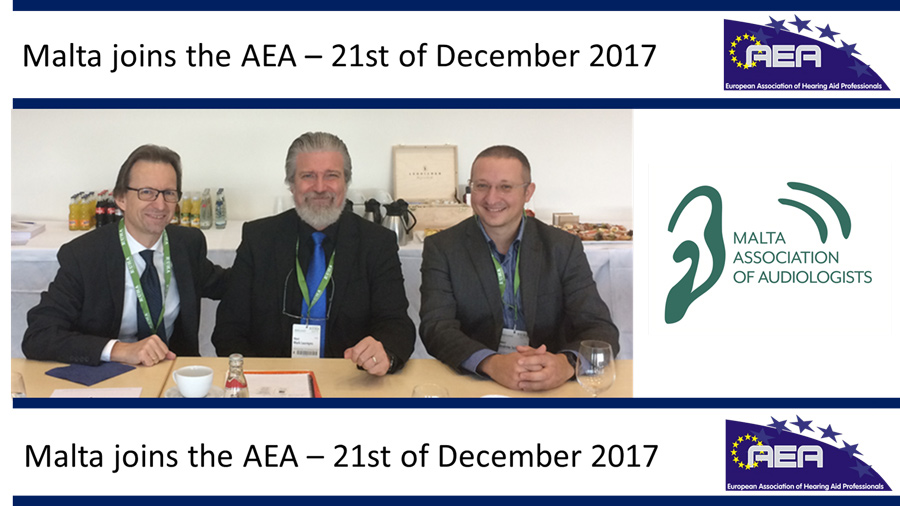 Fritz Zajicek (AEA General Secretary) on the left, Mark Laureyns (AEA President) in the middle and Andrew Sciberras (MAA President) on the right during the meeting in Nurnberg.

AEA Guidelines for Professional Hearing Care during the COVID-19 period